I am on a tear, a mission about simplicity. I so detest all the complexity of what should be life’s joys.  And so it is with computer backups.  I’ve found and use what I believe is a sound and reasonable, easy and complete backup solution for Macs and now I’m on the hunt for simplicity when it comes to Windows computers. 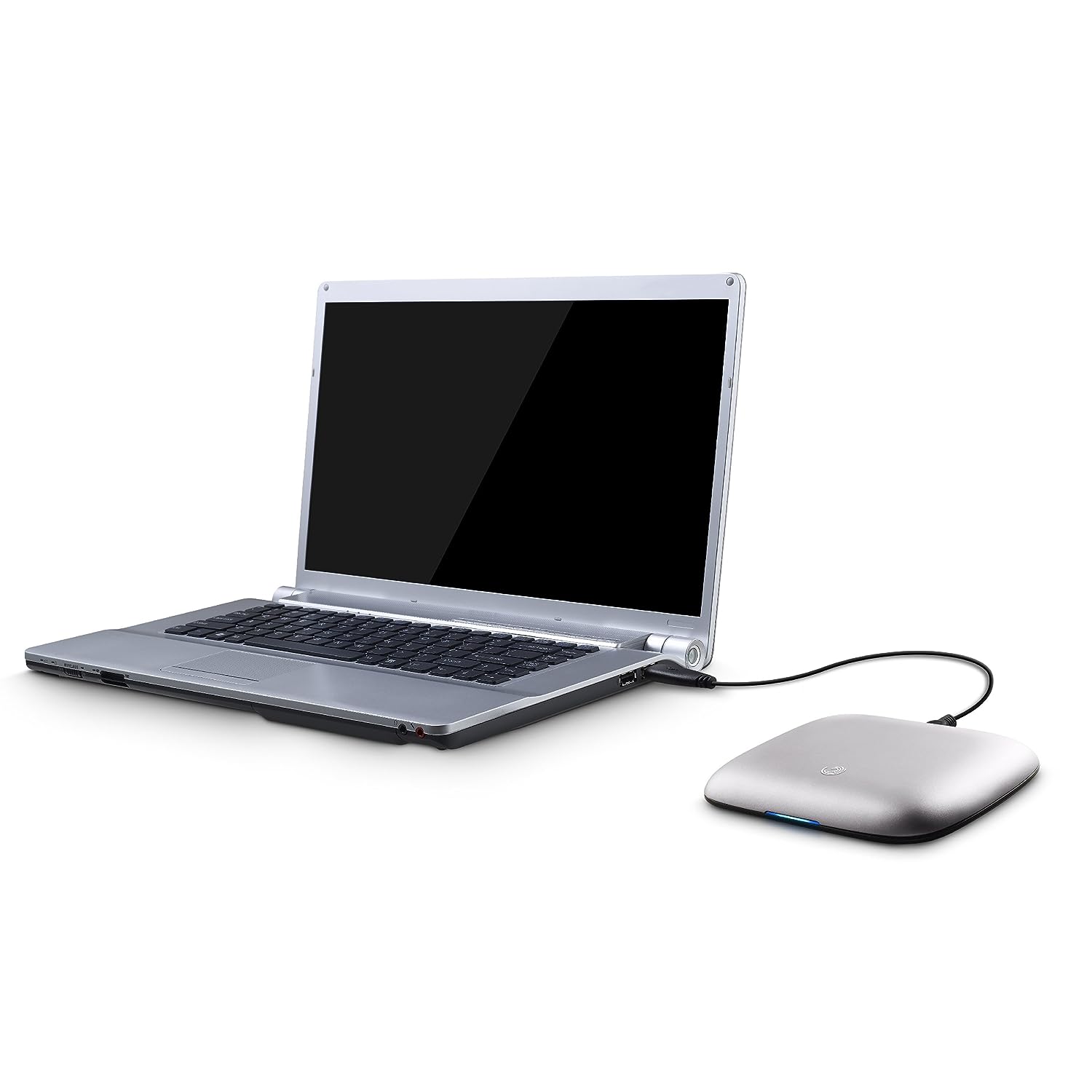 If a Windows computer’s hard drive fails and the consumer wishes to replace the drive with one at least as large, there is an easy solution I recently tested.  Seagate sells what they call Replica drives.  For drives of 250 GB and 500 GB and priced at $130 for the 250 GB version and $200 for the 500 GB version, Seagate Replica works as I will indicate. 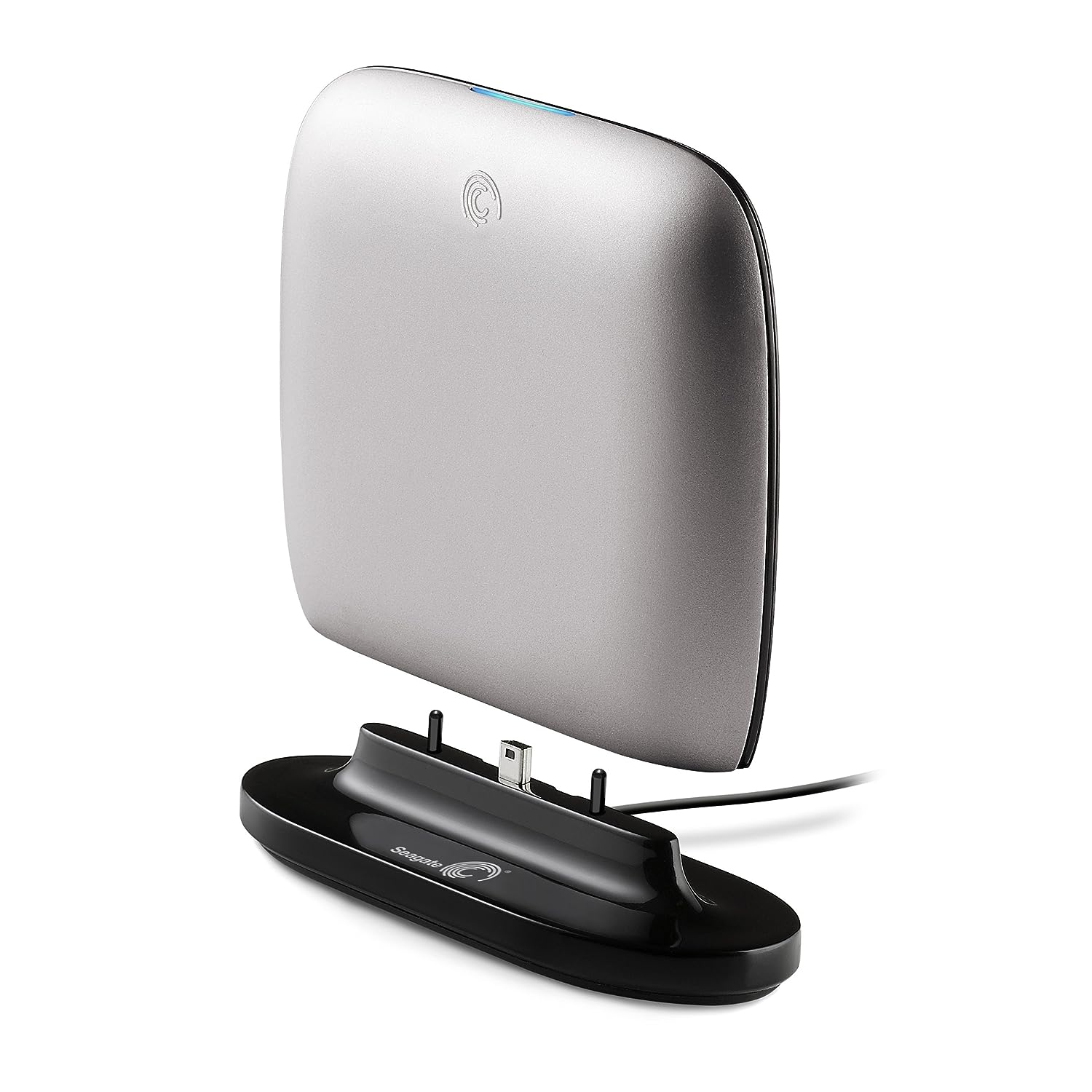 Plug the drive into the computer’s USB port and the software automatically launches and installs on the PC.  There is nothing else to do.  So long as the computer’s drive is the same size or smaller, you are good to go.  In no time the connected Replica drive begins backing up everything.  It creates a time line of incremental backups from the first time to current times.  When the drive fills with these backups starting at day one, it dumps the oldest and continues, continuously.  Let us say the computer’s internal drive fails.

Now, replace the non-operating hard drive with a new one, doing nothing to it, no formatting, nothing.  Press the power button on the computer with its unformatted hard drive just long enough to open the DVD drive unless it’s slot-loaded. Place the included DVD that came with Replica in the drive, closing it as needed.  Now, shut off the computer.  Connect the Replica drive via USB and restart the computer. If it is a model within the last three years or so, it should automatically boot from the installed DVD because the internal hard drive is not formatted, and, therefore useless.  The Replica software will guide you through some screens wherein you can select to transfer the latest complete backup on the Replica drive to the newly installed blank hard drive. In a few clicks you are on your way.

When the on-screen progress bar indicates the job is at 100%, it’s finished and you can click to restart.  Now, the computer starts from the NEW internal drive and in a few minutes, it’s all working again with all your data, settings and the rest as you remembered it before the failure.  However, if the new drive is larger than the old one, it will still be formatted only for the size of the original, leaving unformatted all the remaining storage capacity.

In my situation, I replaced the 120 GB internal Seagate with a 500 GB Seagate.  The drive became a “C” drive formatted as a 120 GB drive with the remaining space showing as unallocated, that is, unused and useless in the event the consumer wants to increase the capacity of such a replacement.  Geeks know what to do.  Mere mortals do not.  My advice is to get a replacement that is as close to the original capacity as possible, going oversize as little as possible.  Alternatively, I hope Seagate tweaks things to allow the choice to use the added capacity in one, big, happy drive.

Replica worked well, almost as advertised.  It afforded peace of mind as if I had avoided disaster.  HOWEVER, there are issues that must be understood and dealt with.

First, though instructions indicated it is easy to click in the system tray to stop the backup and safely disconnect the Replica, this feature did not work smoothly.  Often, the software reported that Replica was busy, could not be stopped and to try again later.  With a laptop, no one wants to be compelled to delay stopping work and closing the lid.  I did it anyway and saw an on-screen message portending possible failure because there was a failure writing to the Replica drive.  The system seemed to suffer no ill effects, but Seagate needs to fix this.

With regard to the use of a larger hard drive, I would like to see Seagate offer users the choice to format a larger drive as a larger drive with greater capacity, even beyond that which Replica is.  Alternatively, I do see how it might become an issue when someone attaches a 500 GB Replica to a computer that once had a 320 GB drive that has been replaced with a 640 GB drive.  There would no be room on the Replica to accommodate more than its present capacity.

The remainder of my comments address matters beyond Seagate’s control that are not issues in the Mac community with their complete backup solutions.

Replica is not recommended for use when upgrading or replacing a Windows computer to another brand or model.  On Macs, there is only one line of Macs and, for the most part they all play nicely with each other.  An external “clone” from an Intel Mac can likely but not absolutely be seamlessly connected to another Intel Mac desktop or laptop, start it and run as if it was internal to that computer.  Upgrading from one Mac to another is accomplished via Apple’s built in Migration Assistant that can, in an automated way, take your data, not everything, from the cloned drive or simple another Mac and deposit it where it belongs on the new Mac.  How nice is this!

In the Windows world, even within brands, there are usually significant hardware differences that make it unlikely that a Replica taken from, for example, an HP laptop can successfully be restored to another HP of a different model of the same year or a new one, newer by a model year or more within the HP brand.  It becomes even more of a challenge to try this successfully with a switch from, say, HP to a Dell.  That is why Replica and any other Windows solution that is whole-computer based and not just documents and other data, are designed to stay within a product brand, model year and family.  However, the data and files can still be transferred from Replica to a new Windows computer.  Applications, drivers and other low-level info cannot and should not be transferred to the new computer.  For those who may wish to attempt using Replica for full system recovery to a new or otherwise different PC, Seagate advises:

Boot into Safe Mode (this will provide video support even if the old PC had a different video driver).  Go to Microsoft.com (or the manufacturer’s site) and update the system with any new drivers.

If Microsoft’s forthcoming release of Windows 7 supports booting from an external drive, so much the better!

If the reason for needing to use data on a Replica drive is that the user if trying to recover from a virus infestation, then I will leave it up to the user to decide just which version of saved info is the one to use.  I’d rather not have to deal with the virus issue at all.  Were I you, I would also not try to get by on the cheap with this.  Get a good antivirus/antimalware program and never waver.  For the record, my top choice is ESET NOD32, which has never failed me.  On the other hand, so much of the virus problem is caused by consumers’ bad behavior.  So, don’t misbehave and be careful AND use good software to help protect you!

In conclusion, I found Replica to be pretty nifty, indeed.  It proved mostly painless and trouble free.  Sure, there are other ways to do the same job, but Replica becomes another useful and easy to use tool in the consumer’s toolbox. I say that’s a very good thing!  Bravo Seagate.