Another project, another opportunity to eek out a bit more from an aging laptop.  So it was when I wanted to see what I could do to provide more storage and faster performance for Mrs. Gadget’s more than four-year old MacBook.

The 200GB original drive was nearly full, with about 160GB used.  I follow the rule to keep at least 10% of a drive’s capacity available, and you should, too.

With more music and photos being added with regularity and the desire for lots of videos to pass the time on long trips, I was thinking about going with an SSD, but cost and current capacity limitations place this choice out of reach.

Seagate’s new Momentus XT 750GB Hybrid Drive for laptops seemed a good way to go.  But, a hybrid drive?  It has 8GB of solid state/flash memory in addition to its 16MB of cache, and a confident five-year warranty. 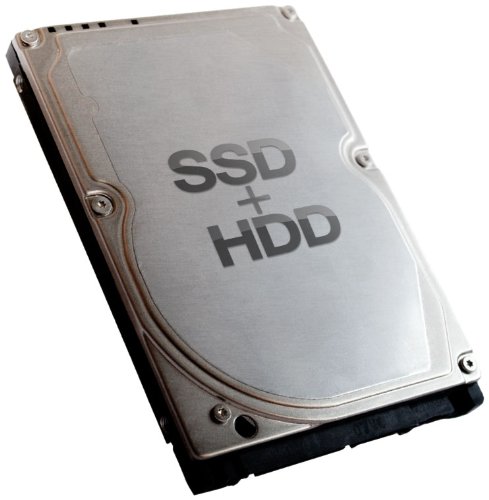 Solid-state memory is significantly faster to access than a spinning hard drive’s media.  The 8GB of flash memory in this drive is used to learn the user’s habits so that memory stores data that makes often used data accessible more quickly. In this way, according to Seagate, this drive mimics performance of a Solid State Drive. It’s more complicated, but this is the general concept and objective.

Before changing drives, in addition to fully backing up the original internal, I timed startup at about one minute 45 seconds.  This includes items that load on startup, a few programs I have set to load in addition to the basics.  After the change, startup was finished in about 50 seconds.  I also timed it before adding the extra startup items – under 30 seconds.

As I understand this technology is adaptive, I expect things to change over time and through usage.  That is, operational speed – app startup, for example, may improve. For now, I am quite pleased with what has been experienced.

In addition to startup speed increase, oft used apps seem to launch more quickly than before – browsers and Word, for example.

No, this drive and even a full SSD drive cannot speed up processor-intensive operations.

I perceive no added sound from this drive than from the one it replaced, which I did not hear at all.

I’m not sure of any added or decreased heat, but there should be no difference.  However, a full SSD as I have experienced it in my other old MacBook does run cooler and longer per charge.  Remember, there is no SSD of this capacity available, so the point is moot.

Is there a downside?

Only the higher cost than for a standard drive of the same capacity.  Over the life of the drive, and with this one’s five-year warranty, I do not consider the higher cost to be a significant or negative factor.  The higher cost is mitigated by the operational advantages as noted.  That’s it. What is the cost?  Click here for the best price from Amazon.com.

The very slightly higher power requirements of this drive will not have a perceptible effect upon how long a laptop will operate per charge on battery power.

For the added capacity and the perceived higher performance, switching to Seagate’s Momentus XT 750GB Hybrid Drive for laptops has been a rewarding experience, which should feel even better over time.

With the added storage capacity and snappier performance, it has provided renewed enthusiasm when using this older MacBook.  I would expect the same would occur for Windows users in older laptops, as well.  All older laptops most certainly came with smaller hard drives as was in this old MacBook.  Replacing the drive is a less expensive alternative to buying a new computer and the performance boost is going to push aside thoughts of needing to replace the laptop for at least a few years to come!

One added expense is recommended, and would be the same if the user was to replace the computer, which would have a larger hard drive.  The subject is backing up.  You know what’s coming.  In order to back up, one must have an external drive of the same or higher capacity as the internal drive.  Do not be deterred at the link in the preceding sentence.  ANY drive can be formatted for Windows OR the Mac OS, though the indication is that these drives are for the Windows platform only.  So whether for this type of upgrade or if to accompany the purchase of a new computer which will have a larger HDD, users must pony up for an external drive for backup!  Find best prices online as I did. My preference is for the slightly higher cost of a 1TB portable external, so there is room to maneuver.  I trust the reliability of Amazon.com over less expensive sellers without any reputation or without a great reputation.

Let me also add that part of a proper backup strategy also includes off-site backup, such as that which is provided by Carbonite.  Yes, compute users need both local and off-site backup for complete protection.  In my own case, on my Macs, I also employ Apple’s excellent Time Machine backup with yet another external drive.  I’ve suffered catastrophic data loss before and never wish to go through that again.  This triple protection provides inner peace!