As students prepare to return to school, Mikey is a useful tool for many students who can benefit from recording class lectures.  Nor perfect, but a bit better than using the built-in microphones on many iPod/iPhone models. 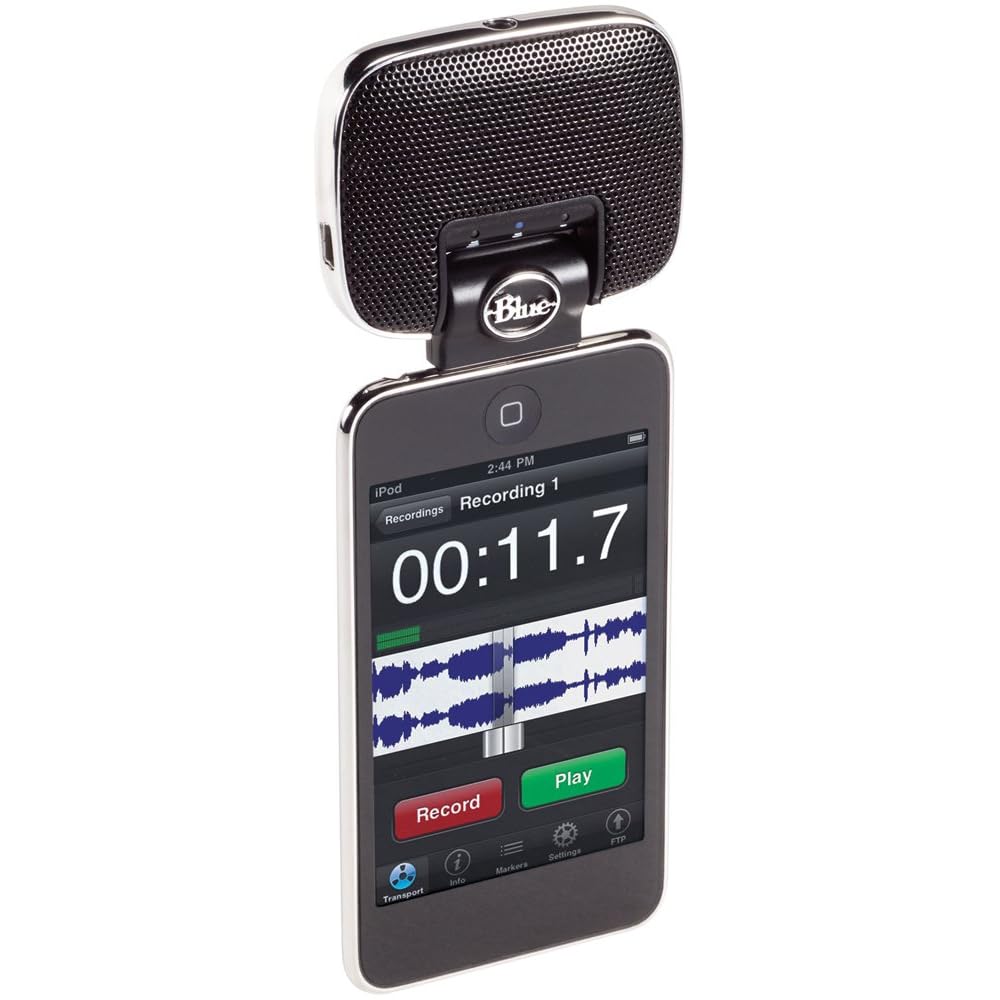 Mikey (2.0), from Blue Microphones, is a plug-in microphone for most iPods and iPhone through 3GS only.  According to the company, Mikey is certified for use with iPod touch 1G, 2G, 3G; iPod nano 2G, 3G, 4G, 5G; iPod classic; iPod 5G; iPhone 3GS and earlier.  To better assist in identifying eligible products, look here.  Not everyone has the newest iPhone or iPod, so there are millions of users who can benefit from Mikey!  Find it priced right at Amazon, of course. 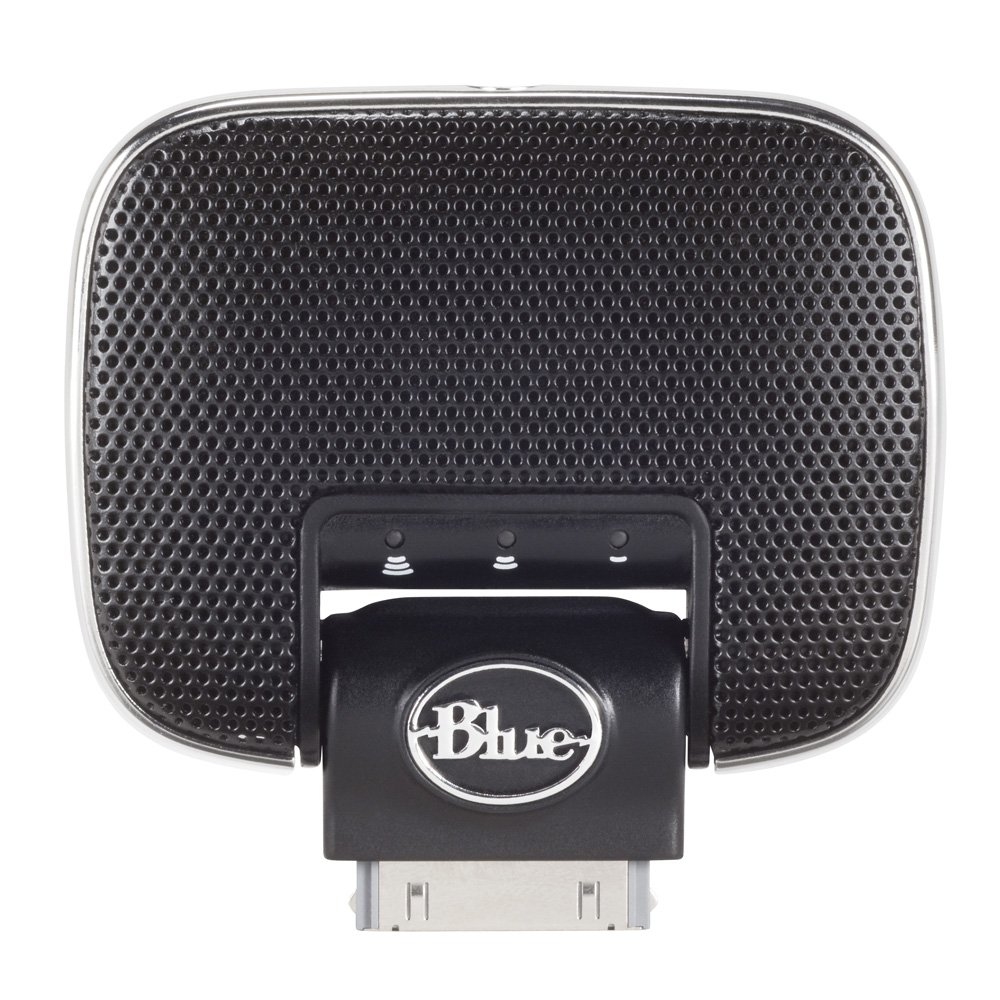 I asked a student to try this second generation Mikey, the only one the company now sells, in college lecture classes with her iPod touch and to also make recordings with an iPhone 3GS, with the built-in microphone and with Mikey.

Here is the setup. First, she had to get permission from the professor.  Then, the iPhone and iPod touch had to be placed where it would be most likely to receive the lecturer’s audio wisdom.  In this case, it was on a lectern that was approximately centrally located at the front of the room. Fortunately, this was not a large lecture hall, but more like a high school classroom.  Had it been in a huge hall, and echo effect would surely have been magnified. 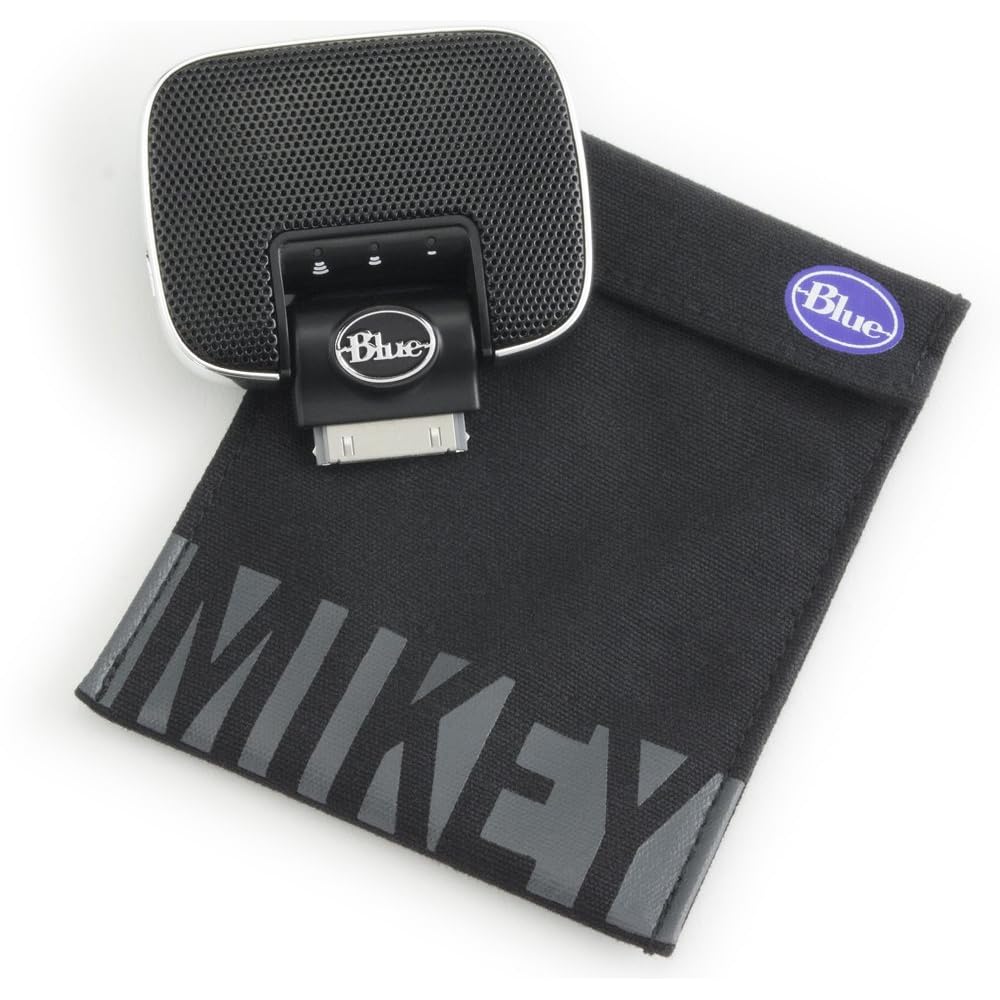 If the lectern is out as an option, it will be necessary sit close to the front of the class and do your best to not make noise that would be picked up by Mikey.  Remember, the closest sound source is going to be most heard.

Is only a bit better an advantage?  In this case, yes.  It made the difference between useful recorded audio and useless recorded audio.  Though there is no way to lessen extraneous sound, that is, sound other than the speaker’s voice, Mikey’s ability to get more sound and of good quality was what made the difference.  We did not have permission to provide recorded lectures for your review.  However, a good alternative is provided by Blue Microphones on this page of sample recordings.

Mikey’s head can tilt 230 degrees.  There are three gain setting with which to experiment for best results.  Use the Mikey recording software on your device OR, as some online have suggested, try other software. Some suggest NOT using the included software on the device itself, instead purchasing the $1.99 app from the iTunes App Store called iTalk Premium.  I’d also try this, were I you, and remember to ask for a refund within about 30 days if dissatisfied.

You may wish to trim or otherwise manipulate the lectures, after saving them on your computer.  You might try taking out some of the extraneous noise once the recording is transferred to your computer, too, and software can assist.  I tried the free Audacity software with reasonable success.  EVERY circumstance may require some tweaking.

Also, it is important to be sure, as it should do automatically, that if on an iPhone, it is in Airplane mode.  This is to avoid any interference or interruption during recording.  On iPod touch, be sure Wi-Fi is OFF, so there is no chance for ANY other activity during recording.  This is very important.

When investigating Mikey, you will notice that it is primarily touted as a device to record music, which it also can do well on these eligible devices.  Give that a try, as well, but I wanted the focus to be on student use for lectures. At this time of year we’re focused on back-to-school, you know.

I think you have enough to get started.  If Mikey will work on your device and if it would be beneficial to record lectures, with permission, give Mikey a try.  It will be worth the effort.