For fans of classic Western movies, and in particular those starring John Wayne, this is wonderful news! HONDO on Blu-ray is available for the first time starting June 5 for a suggested retail price of $25, but smart shoppers know how to find the best deals!  (See end of article, please.) 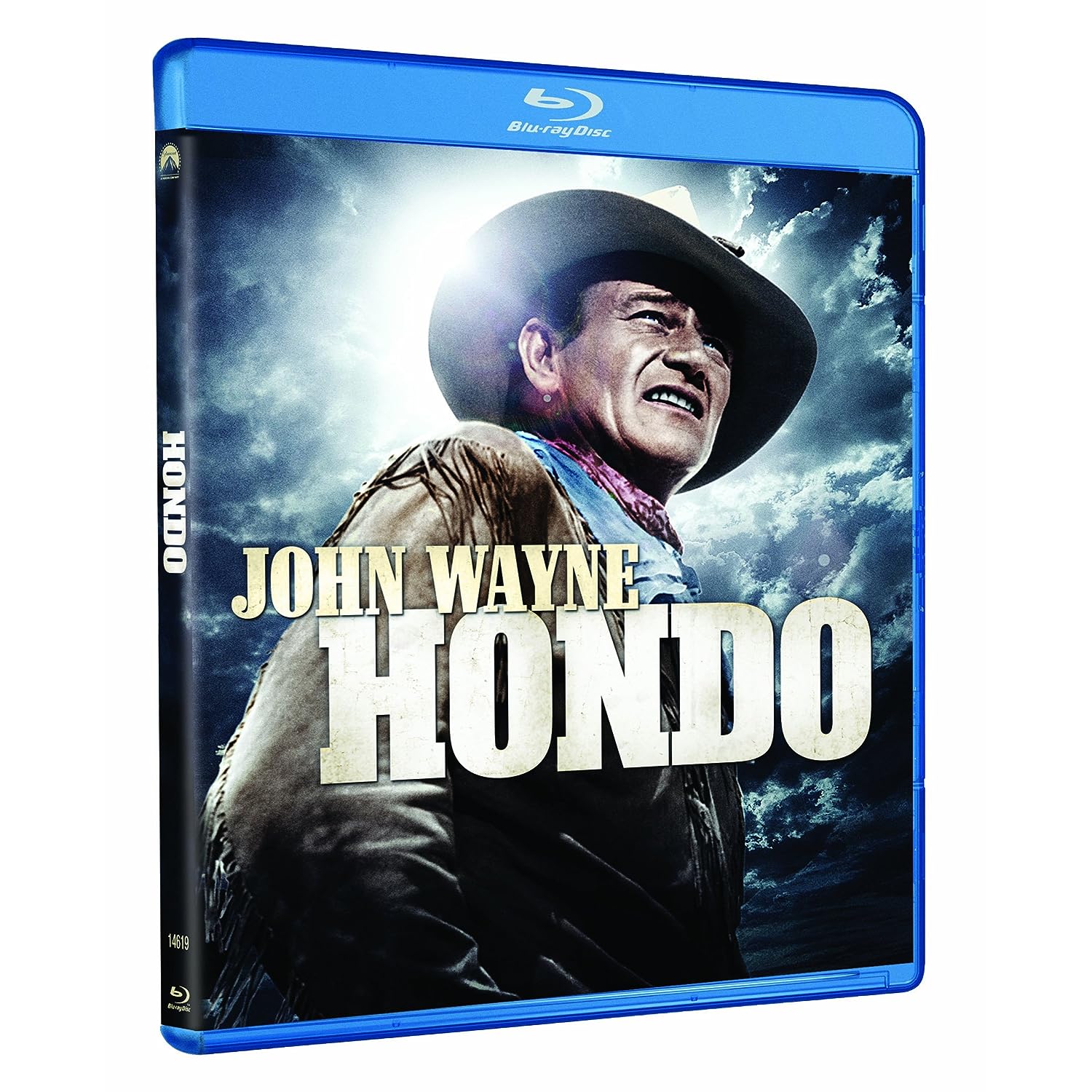 Newly remastered to restore the 1953 film to its former glory AND in widescreen, showing its magnificent cinematography and spectacular scenery, this NEW high definition Blu-ray is almost indescribable.

Readers may know of my predilection for this film genre and my love of The Duke’s films.  I have had such a great time watching this Blu-ray presentation and listening to the audio track in my home theater setup.  I lose myself in our 50-inch Pioneer plasma.  Oh, it’s just great!  Hint: this is the perfect gift for many dads who, as I, love these films, and now with Blu-ray and its restored glory available for the first time, it is simply a must-give gift.

Paramount Home Media Distribution worked with the original film and had help from the vaults of Wayne’s still existing Batjac Productions.

Extras are also impressive. The HONDO Blu-ray includes an introduction by celebrated film critic Leonard Maltin, a multiple-part Making Of featurette, commentary by Maltin, Western historian Frank Thompson and actor Lee Aaker, a look at the Apache, a photo gallery and more.

In greater detail, the Special features are as follows:

The Making of Hondo

Some readers may still not know that a Blu-ray player, not a DVD player, is required to see any Blu-ray disc. (Blu-ray players also play standard DVDs and audio CDs.) And, of course, as it is high definition, the player must be connected using an HDMI cable to a flat panel high def TV, my preference being ONLY for plasma – Panasonic, Samsung and LG.  Pioneer, unfortunately, is out of that business, but their Kuro models like mine are still considered the best ever produced to date.  New ones from the remaining three makers are also quite impressive. As I do, buy HDMI cables best-priced in the color and minimum length required from monoprice.com. Yes, they ARE that inexpensive and work perfectly.

If you’re on Facebook, enter Paramount’s Sweepstakes for a monthly drawing through 2012 to a destination of your choosing, courtesy of Delta Airlines, and Paramount, of course.  Read the rules and, of course, good luck!

I just found the HONDO Blu-ray on Amazon.com for  . . . $13!  That’s brand new and sealed as a pre-order before the June 5 release.  This price may not hold after June 5.