Mr. Gadget® is giving away one (1) Kuhn Rikon Ergo Safety LidLifter at MrGadget.com! 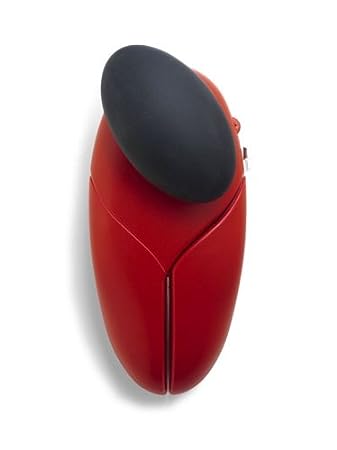 “Kuhn Rikon named it Ergo for its irresistibly rounded shape tailored to fit the hand and its big rubber turning knob.  Then they dressed it in hip, fun color.  Underneath the t shirt printing in gloucester and the fashion statement, the cutting wheel cuts from the side leaving the rim smooth, not sharp or jagged.  The tiny jaws of the exclusive Lid Gripper clamp onto the lid rim and lifts off the top.  Hold over trash container, open jaws and dispose of the lid without touching it with your hands.”

Entry for the giveaway is simple.  All you have to do is “Like” our Facebook page, “follow” us on Twitter and post “I want to win!” as a comment at the bottom of THIS page between now and 4/30/2012 11:59 PM.  The winner will be contacted within 72-hours of the close of the giveaway, and their name will be posted on our Facebook page and Twitter feed once confirmed.

1. No purchase necessary to enter or win, we don’t sell anything anyway.

2. Winner Notification: Winners will be notified via private message through Facebook or via email.

4. Eligibility: Open to legal residents of the 50 United States and the District of Columbia who have reached the age of 18 in their state or territory of residence at time of entry. Void in Puerto Rico and where prohibited by law. Employees of Sponsor, its parents, affiliates and subsidiaries, participating advertising and promotion agencies, and prize suppliers (and members of their immediate family and/or those living in the same household of each such employee) are not eligible.

5. Conditions Of Participation: Entrants must have a valid e-mail address, and it is entrant’s responsibility to update Sponsor of any change in e-mail address. Expenses not specifically included in prize description and all taxes are the sole responsibility of the winner. Each prize is awarded “as is” with no warranty or guarantee, either express or implied, outside of manufacturer’s limited warranty. No transfer, assignment, or substitution of a prize permitted, except Sponsor reserves the right to substitute for prize an item of equal or greater value in the event an advertised prize is unavailable. All federal, state, provincial, and local laws and regulations apply. Entrants agree to be bound by the terms of these Official Rules and by the decisions of Sponsor, which are final and binding on all matters pertaining to this Promotion. Winners may be required to sign and return an Affidavit of Eligibility, a Liability Release, and, where legally permissible, a Publicity Release within 7 days following the date of first attempted notification. Failure to comply with this deadline may result in forfeiture of the prize and selection of an alternate winner. Return of any prize/prize notification as undeliverable may result in disqualification and selection of an alternate winner. Acceptance of the prize constitutes permission for Sponsor and its agencies to use winner’s name and/or likeness, biographical material, and/or entry (including an altered form of the entry) for advertising and promotional purposes without additional compensation, unless prohibited by law. By accepting prize, winner agrees to hold Sponsor, its advertising and promotion agencies and their respective parent companies, subsidiaries, affiliates, partners, representative agents, successors, assigns, officers, directors, and employees harmless for any injury or damage caused or claimed to be caused by participation in the Promotion or acceptance or use of the prize. Sponsor is not responsible for any printing, typographical, mechanical, or other error in the printing of the offer, administration of the Promotion, or in the announcement of the prize.

6. Internet: Sponsor is not responsible for electronic transmission errors resulting in omission, interruption, deletion, defect, delay in operations or transmission, theft or destruction or unauthorized access to or alterations of entry materials, or for technical, network, telephone equipment, electronic, computer, hardware, or software malfunctions or limitations of any kind, or inaccurate transmissions of or failure to receive entry information by Sponsor or presenter on account of technical problems or traffic congestion on the Internet or at any Website or any combination thereof. If for any reason the Internet portion of the program is not capable of running as planned, including infection by computer virus, bugs, tampering, unauthorized intervention, fraud, technical failures, or any other causes that corrupt or affect the administration, security, fairness, integrity, or proper conduct of this Promotion, Sponsor reserves the right at its sole discretion to cancel, terminate, modify, or suspend the Promotion. Sponsor reserves the right to select winners from eligible entries received as of the termination date. Sponsor further reserves the right to disqualify any individual who tampers with the entry process. Sponsor may prohibit an entrant from participating in a Promotion if it determines that said entrant is attempting to undermine the legitimate operation of the Promotion by cheating, hacking, deception, or other unfair playing practices or intending to abuse, threaten, or harass other entrants. Caution: Any attempt by a participant to deliberately damage any Website or undermine the legitimate operation of the Promotion is a violation of criminal and civil laws and should such an attempt be made, Sponsor reserves the right to seek damages from any such participant to the fullest extent of the law.

7. Disputes/Choice of Law: Except where prohibited, each entrant agrees that: (1) any and all disputes, claims, and causes of action arising out of or connected with this Promotion or any prize awarded shall be resolved individually, without resort to any form of class action, and exclusively by state or federal courts situated in Ventura, CA; (2) any and all claims, judgments, and awards shall be limited to actual out-of-pocket costs incurred, but in no event attorneys’ fees; (3) no punitive, incidental, special, consequential, or other damages, including without limitation lost profits, may be awarded (collectively, “Special Damages”); and (4) entrant hereby waives all rights to claim Special Damages and all rights to have such damages multiplied or increased. California State law, without reference to California’s choice of law rules, governs the Promotion and all aspects related thereto.