Here’s something unusual and new to the US market.  And, it works! You probably never thought of such a product, but in Asia and to some extent in Europe, specialty toilets and toilet seats and not unusual, and Brondell and other suppliers are trying to change this here in the US.

Brondell sent their Breeza Warm, $199, for my review.  It’s designed to be plugged into a GFI (Ground Fault Interrupt) electrical outlet next to the toilet and, as luck would have it, my bathroom is so equipped.  This is for safety. 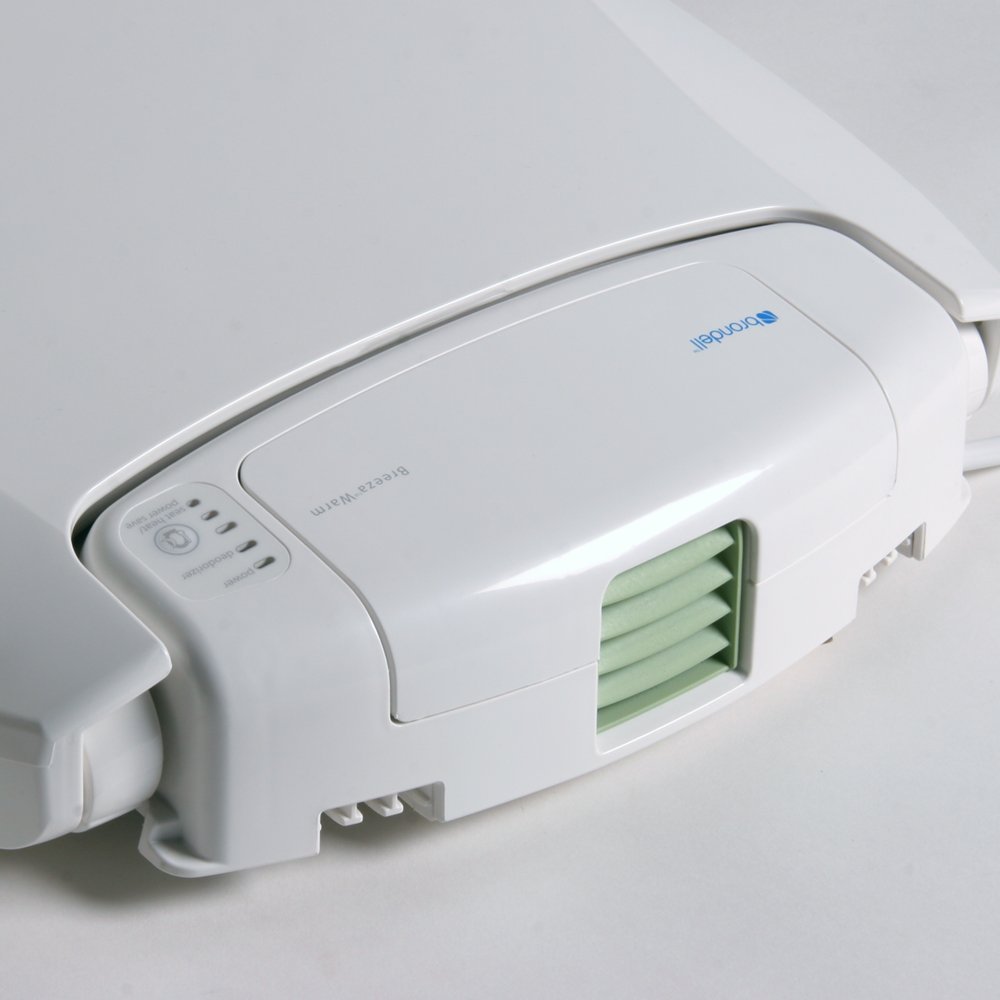 Installation was particularly easy.  After removing the existing toilet seat, I installed the two threaded screws as directed, then mounted the seat through the holes in the top rear of the bowl, locating the seat perfectly over the bow, then tightening the finger nuts from the underside to cinch it up. It took less than five minutes.  I plugged in the cord and then set to testing! 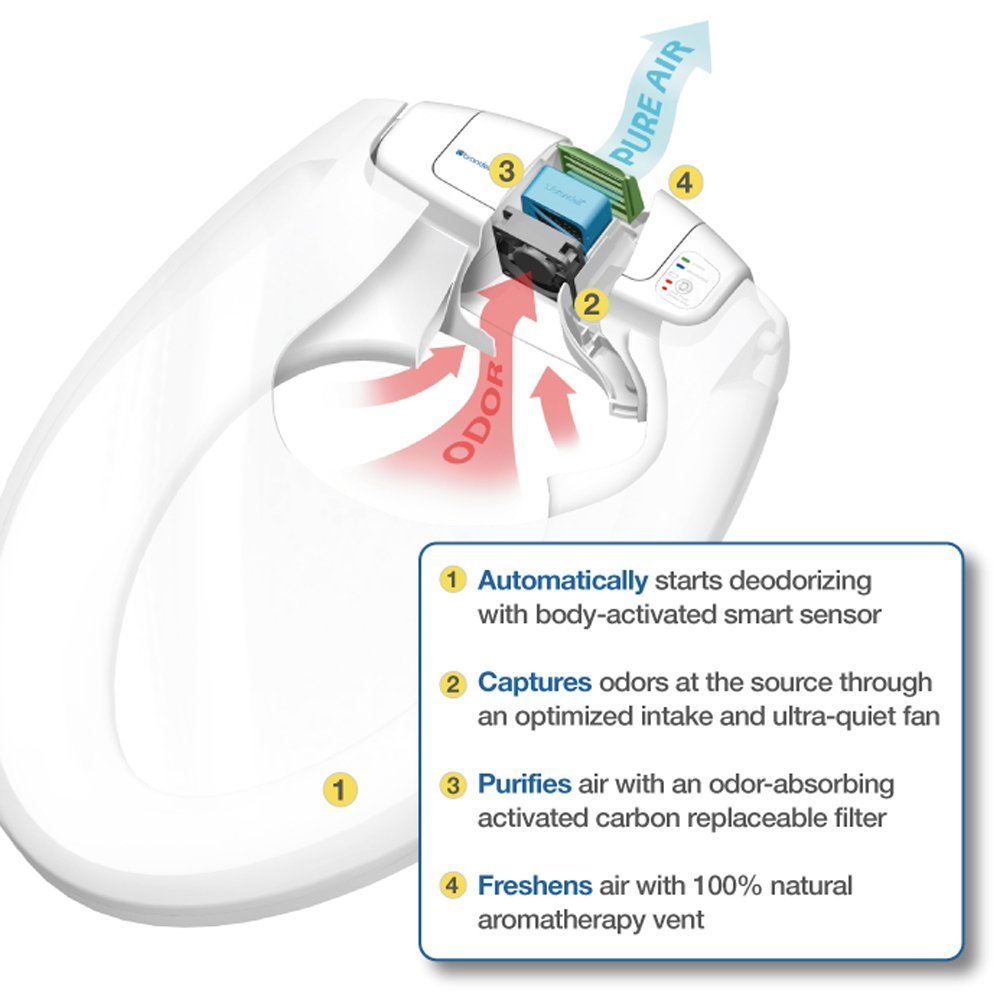 Now, why, you may wonder, are these features on this seat?  According to Brondell, their studies indicated that women’s number one dislike in their bathroom is the odor left behind by the men in their families.  How’s that for being tactful?

The Breeza is ingeniously designed to eliminate odor at the source.  In other words, delicately now, when sitting on the throne, the fan at the back of the seat is automatically activated. There is a gentle whir from the motor.

Odors are channeled through and out the back of the seat where they pass through an activated charcoal filter.  Optional spa scents are available as a final step.  Leave the seat, the built-in sensor knows there is no longer a load on top, and in 90 seconds the fan stops automatically. 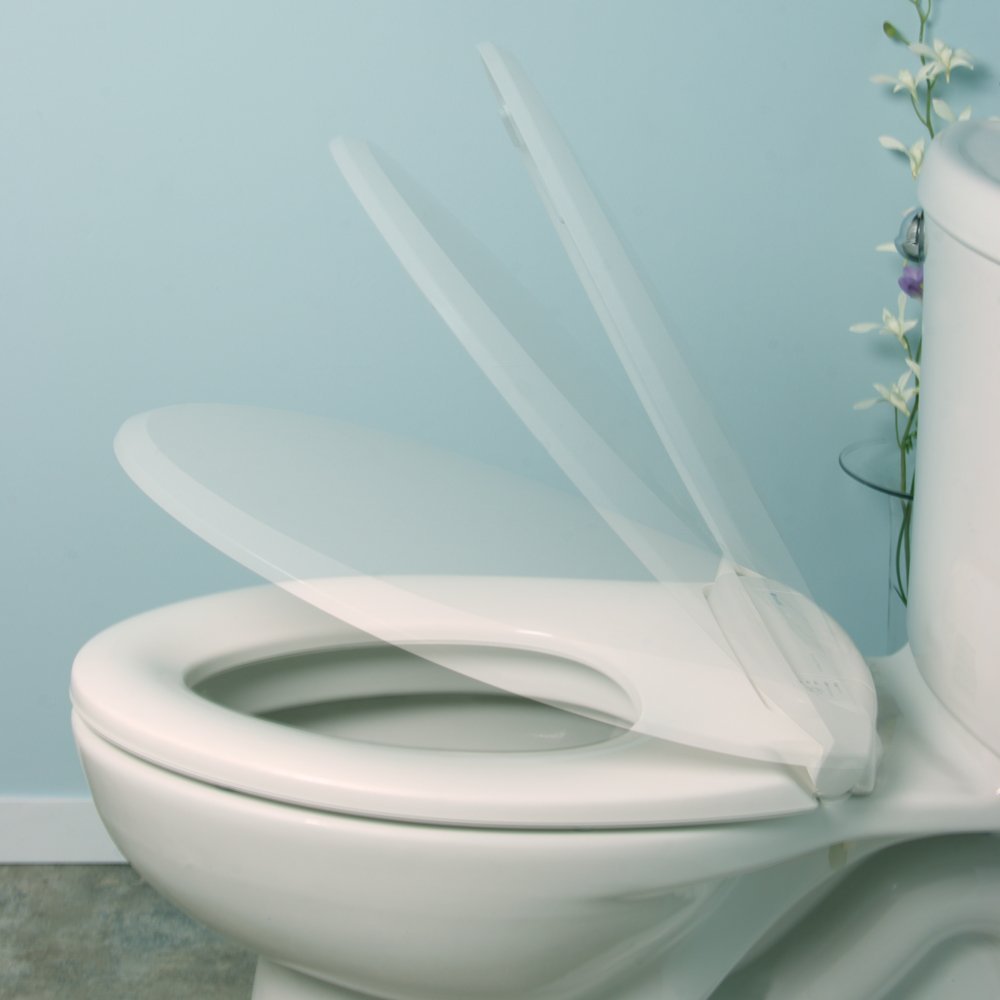 Again, delicately, let me just say that it works.  As they say, odor is eliminated at the source.  How about that!

The Breeza Warm has another feature, an adjustable heating element for the seat.  In three settings, just sit and the warm happens, all the way up to about 104 degrees.  I live in southern California where it just does not get that cold, but I can see that in some areas of the country, this warming feature might be a welcome comfort.

If you do not need or cannot use the warming feature, the Breeza is available with battery-operated deodorizing that functions the same way with the same effectiveness. Batteries are said to last up to about nine months.  The Breeza sells for $129.  Remember, the Breeza Warm requires a nearby GFI electrical outlet. 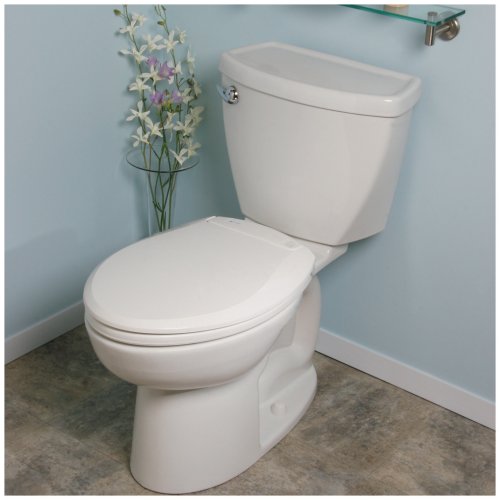 Finally, both models feature a contoured, comfortable seat in both round and elongates styles.  Quite comfy!  And these seats have an additional, really nice touch. Both are damped on closing so there will be no more slam, bang as the seat or lid drops. Now, with these Brondell seats, it’s gentle, silent closing. Ahhhhhhhhhh, that’s nice!

You’ll find them at select retail locations including Home Depot and Linens-n-Things as well as online at Amazon.com, Bed, Bath and Beyond and Lowes.

For those who may not want the heat or the deodorizing feature, you can still get the damped, gentle closure in high-quality seats costing about $30 at Lowe’s and The Home Depot (where I found mine) made by Bemis with a lifetime warranty!